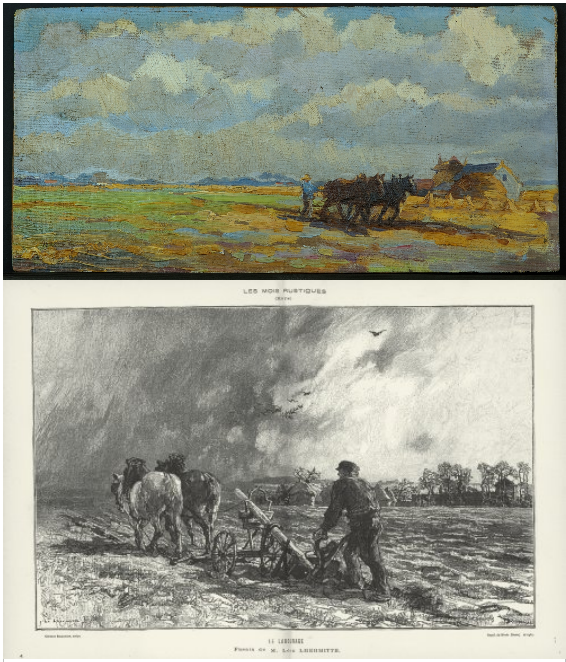 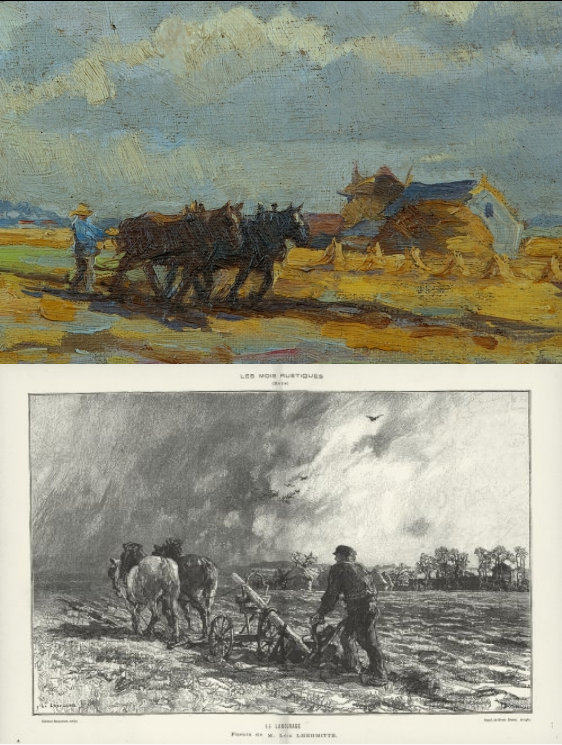 "If every month Le Monde Illustré published one of his compositions... it would be a great pleasure for me to be able to follow it. It is certain that for years I have not seen anything as beautiful as this scene by L'hermitte... I am too preoccupied by L'hermitte this evening to be able to talk of other things."
Vincent Van Gogh admired Lhermitte immensely, and often refers to Lhermitte's work in his letters. For instance in a letter to Theo Van Gogh in July 1885 Vincent mentions Lhermitte by name no fewer than 8 times, ranking him among "the great": "to my mind, Millet and Lhermitte are the true artists, because they do not paint things as they are, examined in a dry analytical manner, but as they, Millet, Lhermitte, Michelangelo, feel them to be."

Van Gogh put Lhermitte’s composition (ploughman with a pair of horses) into his painting and turned it the other way around. It’s an example of Van Gogh using the style and composition from that French artist.

It is most certain for Van Gogh researchers that it cannot be an accidental comparison.
September 2014
Research of the writing on the painting's frame
On the upper part of the frame, there is a writing that can be seen in IR-Light. The pencil writing can be read as "Entre 13 28". Its handwriting matches the one from the writing on the back of the painting. It shows that both writings were written by the same person. 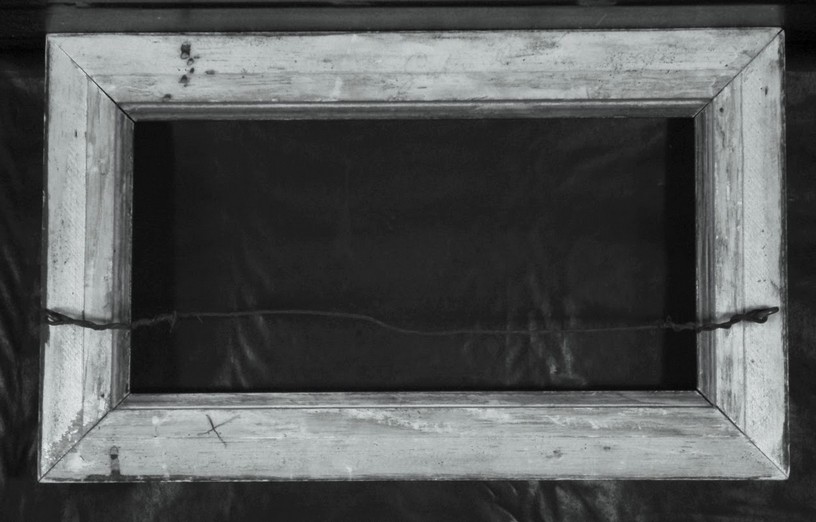 Frame of the painting, a visible writing "Entre 13 28" on the upper part of the frame. 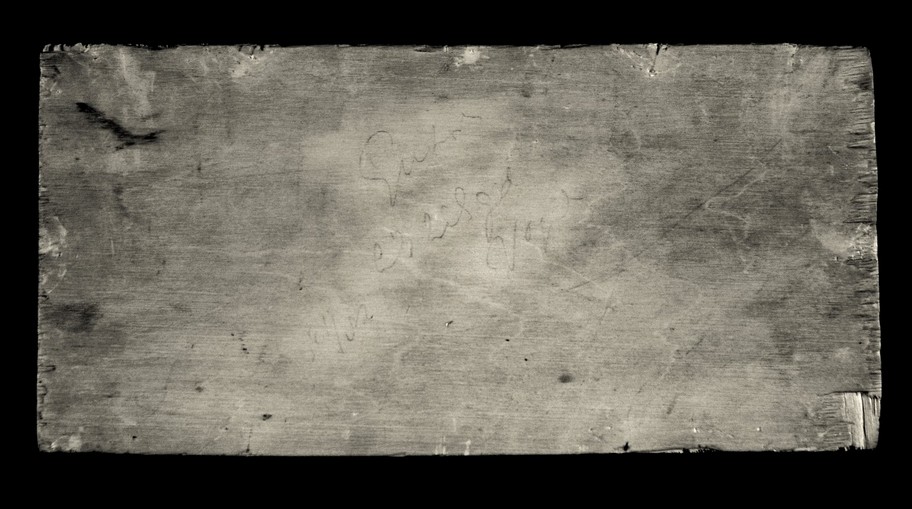 Back of the painting 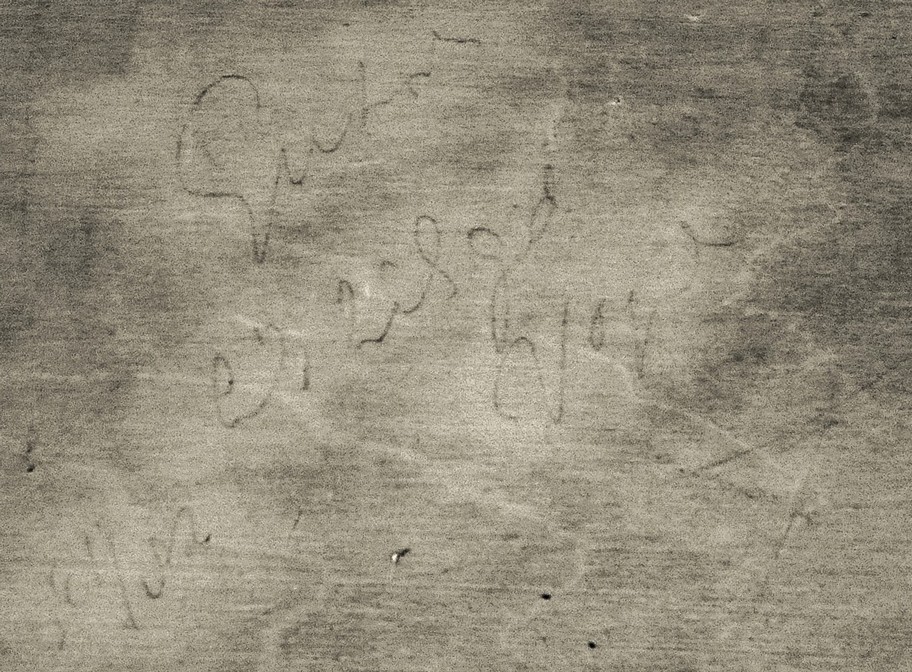 Back of the painting - close up
We've also made a new digital RTG (xray) photograph of the painting in the National Museum in Krakow, at the Laboratory of Analysis and Nondestructive Investigation of Heritage Objects (LANBOZ).
Just like on the previous analog RTG (xray) photograph, there are bright, vertical objects in the bottom left hand corner (perhaps a group of three figures).

Digital xray of the painting 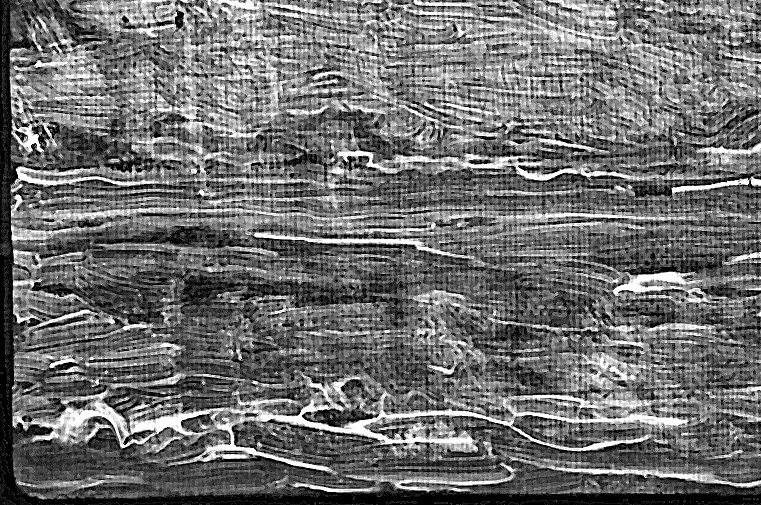 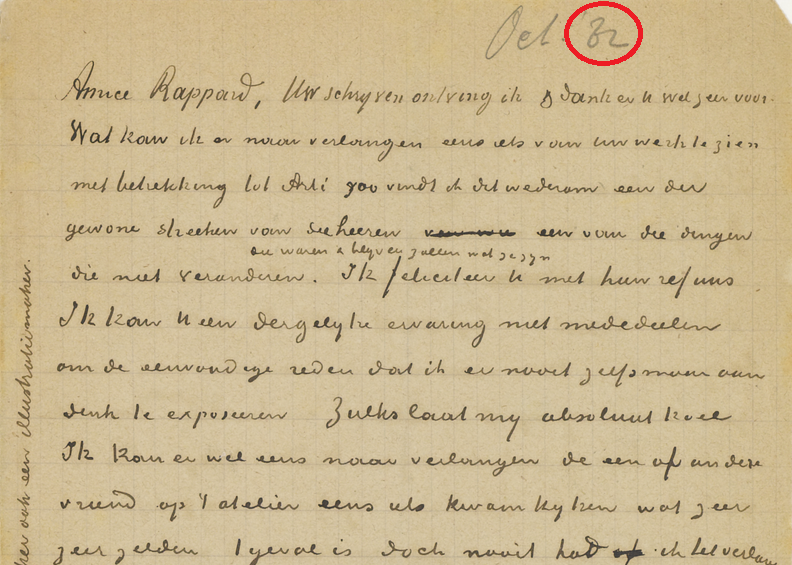 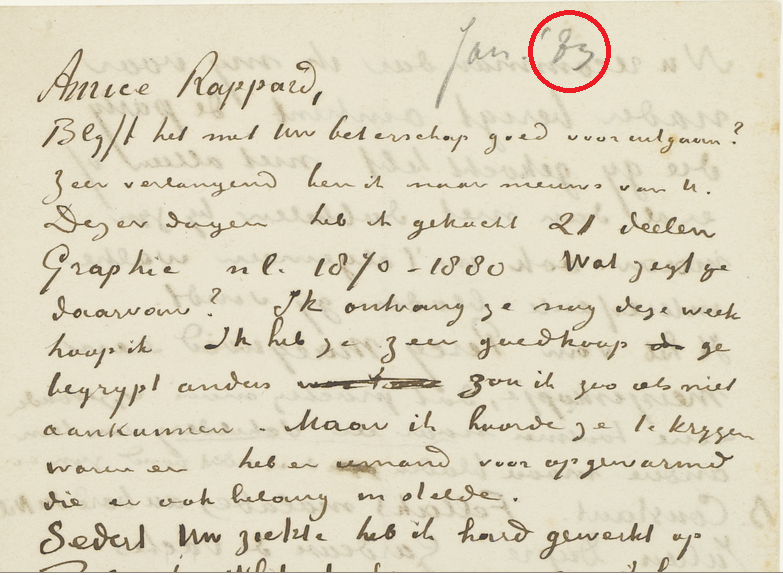 Letter no. 302
The writing on the back of the painting:

The writing on the back of the painting's frame: